What was behind the tragic death of the famous writer Nikolai Gogol?

Much has been said and written about the mysterious death of Nikolai Gogol by his contemporaries and descendants, but, in my opinion, as a specialist in latent ultrasonic aggression, the 10th plausible version of his death was missed: we suppose murder using high-voltage ultrasound by a covert organization of criminals who sought to remove him, forcing him to burn in an unconscious fit the second volume of his novel “Dead Souls” and to get rid of the possibility of Gogol writing any other accusatory works. 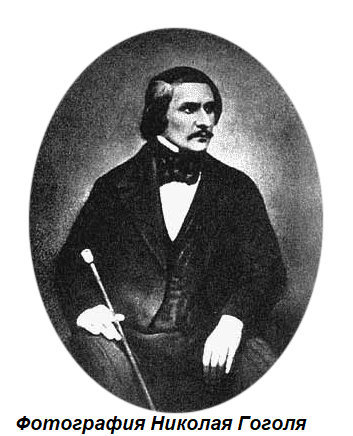 The last years of the life of the famous author of “The Inspector General” and “Dead Souls” were described in detail by him and his eyewitnesses. As one of the sources of information for writing this article, I will refer to the video “Nikolai Gogol, The Mystery of Death” on the YouTube channel “Sergei Medvedev Studio”.

To make it better for you to understand what is at stake, I invite you to first read all my previous articles on this channel, dedicated to the harmful effects of high-voltage ultrasound. The fact is that high-voltage ultrasound has been secretly used in the world for last 400 years (this, of course, is my personal opinion, but it is supported by numerous historical descriptions of the typical signs of high voltage ultrasound aggression that lead to ill health or even death of many people mentioned or drawn or photographed). Its constant application aimed at victims leads to all the symptoms that happened to the writer Nikolai Gogol for many years and described by him in some of his short stories, stories and novels, letters and memoirs.

High-voltage ultrasound has a destructive effect on selected victims locally and can lead to quick death, if so desired by criminals who have invisibly used this method for centuries to gnaw out people’s pockets.

Common diseases of the 19th and 20th centuries such as typhoid, tuberculosis, meningitis, insanity can be perfectly simulated using ultrasound, and victims die suddenly, but the real causes of death remain undisclosed. There is every reason to believe that something similar happened to Nikolai Gogol.

When we take into account the possibility of violent death by high voltage ultrasound, we must analyze the reasons, mainly of a political and economic nature, why violent ultrasound death may have occurred.

In the case of the successful writer Nikolai Gogol, there were many such reasons, but perhaps the most important was that he “stepped” very hard on the feet of those criminals of the Russian Empire of the first half of the 19th century, who widely used the ultrasonic method to profit, robbing the treasury of the Russian Empire, by using the method of dead souls, in other words, playing on the deaths of serfs, whose register data were bought from dishonest landowners who wanted to make money on it.

Then, with the help of fake estates compiled from the registry data of dead serfs, requests were made to the treasury for official non-repayable loans. Such a mechanism could be widely used primarily by organized gangs that used the ultrasonic method for secret murders and after that – for the targeted purchase of killed dead souls for the purpose of immediate enrichment, deceiving the state. And for the state apparatus itself, in which Nikolai Gogol himself, a collegiate assessor, served, Gogol’s satirical works were extremely inconvenient, since they demonstrated to everyone the strong backwardness of the economic imperial mechanisms, as well as how fabulous profits could be made on them by deceiving the treasury.

In addition, I assume that the primitive ultrasound equipment used to assassinate Gogol was most likely produced in the city of Tomsk and then sent secretly throughout Russia for a widespread campaign of unsolved murders.

Gogol himself speaks in his works of the high mortality rate among serfs. Recall that Tsar Nicholas the First considered himself an exemplary ruler of the empire, and for this reason Gogol’s works were contrary to this concept.

Why was the criminal equipment produced, apparently, in Tomsk? Yes, because Tomsk was a city that sheltered the former Emperor Alexander the First in the form of Elder Fyodor Kuzmich, who died on January 20, 1864 in Tomsk. Even Tsar Nicholas II secretly visited the elder’s grave in Tomsk. And this fact guaranteed the inaccessibility of the city for various tsarist checks, spies and inspections. Tomsk was also a city of exiled Decembrists, deprived of the opportunity to legally earn their living. It is interesting that in 1822 it was Emperor Alexander I who issued a decree banning secret organizations and Masonic lodges.

As we know, Nikolai Gogol wrote the first part of Dead Souls while living in Rome, Italy since 1838 for 4 years, where you can see a memorial plaque that reflects this fact on the house where he lived in 1842.

The second part of the novel “Dead Souls” Gogol began to write a few years later. At the end of this period, he ran out of funds. In general, Gogol loved to live on a grand scale, to pamper himself with various eccentric camisoles, trousers, shirts, which amazed secular society. This can also be evidence of ultrasonic pressure on his psyche, which led to thoughtless and careless waste.

In the fall of 1851, Gogol settled completely free of charge in Moscow in the house of Count Alexander Petrovich Tolstoy on Nikitsky Boulevard 7A. Gogol occupied two rooms on the first floor. Until his death, Gogol was a perfectly healthy person. He went to visit and the day before his ill health beginning he wanted to invite Ukrainian singers so that to listen to Ukrainian songs. Everything happened quite quickly. The exact date of the onset of his health crisis is indicated as January 26, 1852, the day his close friend Ekaterina Khomyakova died at the age of 35 from typhus (In all likelihood, she was simply beaten with ultrasound in the intestine, causing death from internal bleeding in the intestines, and this was done to create a convenient popular excuse for the sudden death of Nikolai Gogol. – It is common for criminal users of criminal ultrasonic weapons to organize well-planned long-term intrigues with fatal outcomes). Gogol’s changeability in his moods from cheerful to gloomy during the day can be explained by the simple failure of the battery of the ultrasonic installation for turning it off for some time. As a result, a good mood gradually returned to Gogol.

In general, death from pseudo tuberculosis and pseudo typhus can be considered violent as a result of abundant exposure of the victim to harmful high-voltage radiation, leading to the rapid death of an unprotected person. This is the case today. For example, thousands of people have died in recent years from coronavirus, but in reality, as shown by anatomical autopsies, they were dying of suffocation as a result of the accumulation of their own blood in their lungs (probably shot through simply by laser ultrasound). When Khomyakova died, Nikolai Gogol said: “That’s it, that’s all, it’s all over for me.” Ultrasonic criminals skillfully use the careless statements of people. It was important for them to prevent the publication of the second part of the famous  novel “Dead Souls”. In this novel, Gogol first of all touched the interests of those who used ultrasound for the mass murder of people, corrupting the Russian countryside, destroying the state of the Russian landowners in order to profit greatly from it. Gogol stood in their way and could lead to the arrest of many members of secret unions who used the ultrasonic method for profit. Gogol’s living in Tolstoy’s house as a rookie deprived him of any rights to protect his own property. His numerous trips to friends were organized, apparently, with the help of ultrasound in order to have time to read the manuscript of “Dead Souls” and assess its potential danger to criminal unions. Gogol from the day of Khomyakova’s death really began to change literally before witnessed eyes. He began to pray constantly, and spent most of his nights in prayer without sleep (this state of insomnia is also easily achieved using certain ultrasonic frequencies and is widely criminally used against selected victims even today). In early February 1852, he was severely exhausted and could not even read. Then he complained of an upset stomach. On the night of February 8, it seemed to him that he was dying at all. Gogol summoned the priest and asked him to receive the Holy Communion and assemble him. During this week of Great Lent, Gogol ate almost nothing, since he always observed the fast punctually. By February 11, the writer was very weak and could hardly walk at all. On the night of February 12, he burns the second volume of “Dead Souls” in the stove.

Dr. Tarasenkov, invited by the owner of the house, Alexander Tolstoy, was horrified to see Gogol, who looked like a living corpse (a typical effect of ultrasonic pressure on a victim, which removes the appearance of swelling, giving the victim a skeletal appearance).

On February 18, Gogol could no longer get out of bed. The doctors saw no objective symptoms of the disease other than weakness. Rumors of Gogol’s strange illness spread quickly throughout Moscow. He began to lose his memory and went in delirium. His feet were cold. At about 8 am on February 21, Gogol’s breathing stopped. On Sunday, February 24, a funeral was held at the St. Daniel Monastery. Muscovites carried Nikolai Gogol 7 versts in a coffin on their shoulders across all Moscow to the Danilov Monastery.

In the official statement about the death of the collegiate assessor Nikolai Gogol, it was said that he died of a cold. In the book “Selected Passages from Correspondence with Friends”, published in 1847, Gogol wrote that he had already experienced moments of complete numbness, when his heart and pulse stopped beating. Doctors were unable to make an accurate diagnosis of Gogol’s disease (In fact, everything suggests that Gogol was a victim of constant ultrasound aggression against him after “Dead Souls” and “The Inspector General” became devilishly popular in Russia). Severe mental illness is the version adopted by psychiatrists who saw Gogol. For example, Gogol’s handwriting completely changed in the last months of his life. Previously, his writing was small, beaded, neat, and before his death, it become of such an uneven child. But this is also compatible with the consequences of the ultrasonic destruction of his body.

So, the only widespread cause of his death already at the time of Gogol – directed regulated ultrasonic aggression on him, hidden from prying eyes, has not yet been revealed to the present time, although the method is still used to kill millions of people at the behest of criminals.

Symptoms of ultrasound aggression, such as numbness of the limbs, loss of consciousness and pulse, had struck Gogol already 10 years before his death. Before his death, Gogol complained of strong weakness, that his hands were chilly, of apathy and depression. He was confused.

Everything points to the implementation of the plan for the destruction of the manuscript of “Dead Souls” by his own hands and the subsequent murder, so as not to allow the writer to recreate the work and write another revealing satire. It is possible that macons from Tomsk took part in this. It is surprising that the new monument to Nikolai Gogol, inaugurated in 1952, was created in great haste by a sculptor named Tomsky. Nikolai Tomsky was chosen among many competitors for the creation of the monument. In general, symbolism is very characteristic of the Freemasons. Unable to directly tell the people the historical truth, they act in such a veiled way.

Disruptive high-voltage ultrasound is definitely a weapon of mass destruction and should be banned from everyday use across the planet.

Subscribe to the site, do not miss important reliable information!

Read other articles on this site. Some of them contain unique information.