The Reasons for the Strange Behavior of Dogs

A dog is a friend of man, we all know this well.

But why suddenly, for no reason at all, this great friend and pet of ours begins, walking with us on the street, throwing desperate barking at some passers-by or vigorously sniffing the ground, although this is completely uncharacteristic for our dog?

Let hear how dogs can be desperate in their barking

We are not dog handlers, but we know much more about our modern world than many of some of the dog specialists. There is information that is key in today’s world and without which you simply will not understand anything.

Why do dogs begin to behave strangely in an unusual way for them, your adored dogs?

Even the president of the cynological federation will not explain this correctly to you at the present time. People do not know this in detail even to protect their own health, not to mention our four-legged friends.
But they are much more sensitive than us to the harmful effects of ultrasound. Their special behavior is, first of all, a warning to us in person that in the place where we find  ourselves with our dog, something is wrong, manipulated by someone and poses a potential danger to us too.

The unusual behavior of the dog is an accurate signal for us to investigate the area in which this occurs, especially regarding our home.
We shall look for causes of restless and strange behavior in dogs primarily in the presence of harmful ultrasound. This behavior should be a clear signal to us as well. We just need to learn how to clearly analyze the reaction of our four-legged friend.

Often, ultrasound tricksters do this to refer you to a veterinarian for a fee.

As we can see, nowadays, ultrasonic inaudible weapons have become an effective means of siphoning money from entire nations, not to mention single dog owners.

What can happen in our home with our faithful dog? 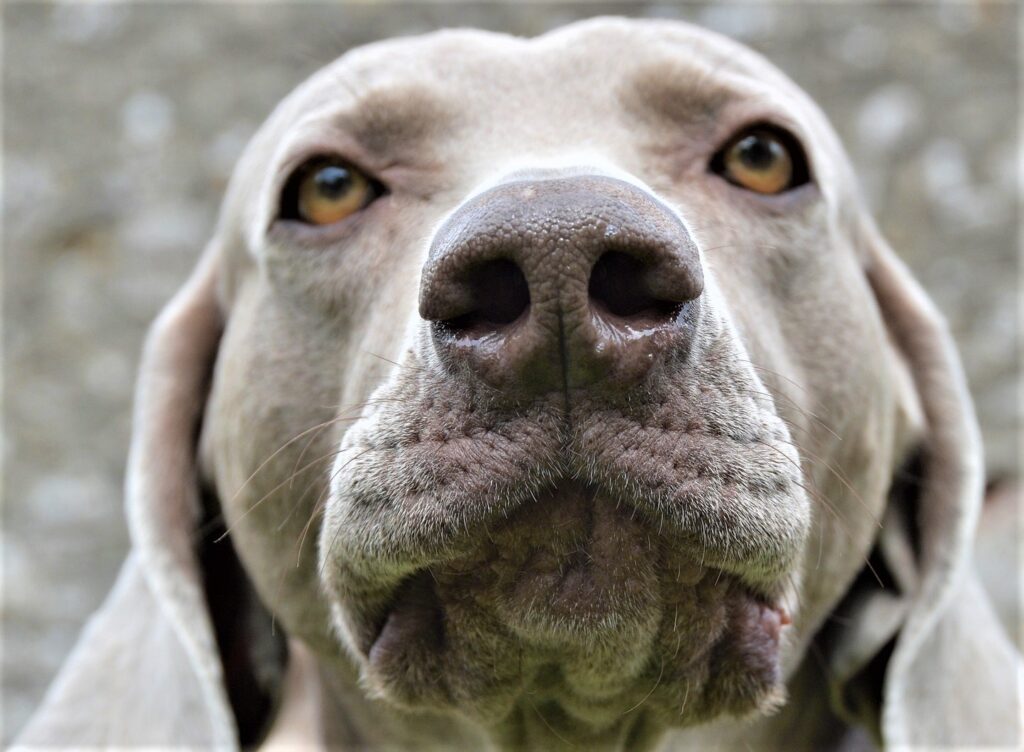 – It may start barking suddenly loudly. When it does this, pay close attention to which direction your dog is looking. This will most likely be the ultrasound source.

If you do not have piezoelectric cables of electrical networks in your house, networks for ultrasonic monitoring of object movements, piezoelectric ground cables, piezoelectric cables of television antennas, etc., and you live sharing your walls with neighbors, then the unusual agitated behavior of your dog may be the first important signal for checking, whether ultrasound beams from your neighbors are crossing your interior space. In this case, if you do not have your own good preparation for testing the presence of harmful ultrasound, you need to watch video of our youtube channels, that you will find on the left of this page, and read our articles on this website ultrasonicwars.com.

This is a completely new direction in teaching people the necessary life skills, and if you want to effectively help yourself with your health and understanding of the real conditions of life around you, as well as help your dog, then you need to take this very seriously.

First of all, you have to prepare a kind of helmet for your dog, made of a lead component, and see if its behavior will change for the better (ask us about this on this website contact us page).

– Another reaction that often has to be observed in our four-legged friends in the presence of ultrasonic beams is their precise fixation with a gaze, especially characteristic of cats. They literally, like robots, move their gaze exactly following the movement of the ultrasonic beam, showing us exactly where it is coming from. From here, you can start unwinding the chain of your ultrasound investigation. And you do not need any doctor or veterinarian for this, because at present they themselves do not understand a lot in ultrasonic hazard, and give the wrong advice, recommendations and recipes aimed only at fishing for your money. As long as you have the money, it will “help” you and, possibly, with some positive result. Because if they are in a share of economic benefits from you with those who control ultrasound, then it is enough for that cunning ultrasound ruler to temporarily remove his ultrasound irradiation from you, showing the “effectiveness” of medical or veterinary advice, so that you are completely satisfied with your a medical or veterinary visit. But it is very possible that this effect will soon return again when the conspirators want to extract new amounts of money from you in a slightly different ultrasonic way.

The range of action of ultrasound is so wide that criminals have a wide choice in the method and results of ultrasonic aggression.

What oddities in the behavior of dogs are described in articles by dog ​​handlers, and how can they be interpreted differently in order to reach the truth? But this is fundamental – to get to the truth. This is a reliable help in solving problems quickly and efficiently – our clear understanding of the essence of the matter.

Cynologists name the five most common cases of strange dog behavior:
– running in a dream of a dog, when it goes over its legs and rolls its eyes. 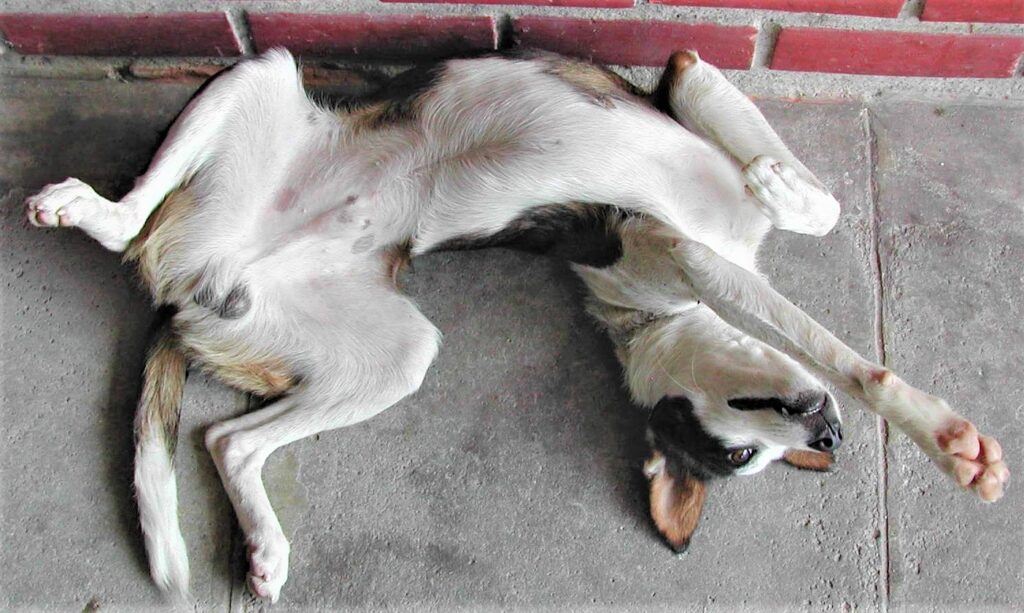 This is the first sure signal of psychological and mental fatigue of your dog as a result of prolonged ultrasound exposure to its head. The dog may also bark during sleep. All this is only the result of vibrational action on the head of the animal. You need to protect it while it sleeps, and find out where the ultrasonic radiation appears inside your home. It can also cause similar reactions of disturbing agitated dreams and psychological instability in you yourself.

The constant presence of such harmful radiation for biological organisms in the room can lead to the transformation of you yourself into a zombie, forcing you to make, for example, unnecessary purchases, withdraw large sums of money from your accounts for no reason. They begin to manipulate you in a big way in order to direct you with this money in the direction where it is beneficial to your ultrasound rapists.

If your dog has such intense jerking movements during periods of wakefulness, then this is an important signal that your dog is tired of harmful ultrasound, and you need to start an internal investigation of the ultrasound sources.
This behavior may be the result of dysfunction of the central nervous system. It can be very helpful to talk in detail with your local police officer. They often know in this direction much more than you and can very effectively come to meet your needs, removing the sources of ultrasound.

Keep in mind that if your home does not have ultrasonic sources, then harmful ultrasonic radiation can penetrate to you from neighbors, or from ultrasonic sources on the street, which can be high-voltage piezoelectric cables under sidewalks and roads, old telegraph lines that remained suspended over roads, piezoelectric elements inside the lamps of road poles, cable network grids of ultrasonic surveillance systems of private security companies, laid without any official permission, which is now very common everywhere, etc.

Do you want to live more happily and calmly now? – Know more about the places you live in.

– If the dog rubs its face on the carpet or other surfaces, then this most likely means that it is irritated by vibrational inaudible rays directed exactly at it. This means that you are most likely being watched by private security guards, trying to bring conflict into the inner life of your home and make good money on it.

Such ultrasonic stimulation is especially well observed in birds, when they violently and for a long time begin to scratch the skin under the feathers with their beak, where the ultrasonic beam is directed.

– The same reason is behind the dog’s frequent blinking and squinting. It’s just trying to protect its eyes from dangerous ultrasonic beams cutting its face. In this case, try placing a fresh ripe tomato near this place. If cuts and dots on the tomato’s peel soon appear on it, then this was the real reason for your dog’s blinking. It is also dangerous for humans. You need to immediately call the police and describe what is happening in your home, asking them to control the situation. It is very possible that some young criminal is trying to siphon money out of you with the help of this ultrasound, or radically change the state of your own health. This criminal presence of ultrasonic cutting and perforating beams can injure your lungs and upper respiratory tract, causing a severe, moist bronchial cough that is solely from an ultrasound attack. This should be stopped immediately by calling the police, either by removing the ultrasound source, or by protecting yourself from harmful ultrasonic vibration with personal anti-ultrasonic protection.

Usually, criminals irradiate people with such radiation upon waking to remind them that something is wrong with their respiratory organs. This is a criminal act. It must be identified and the perpetrators punished under many articles of the law.

– Another type of unusual behavior of your dog is when an obedient and kind dog shows aggression. 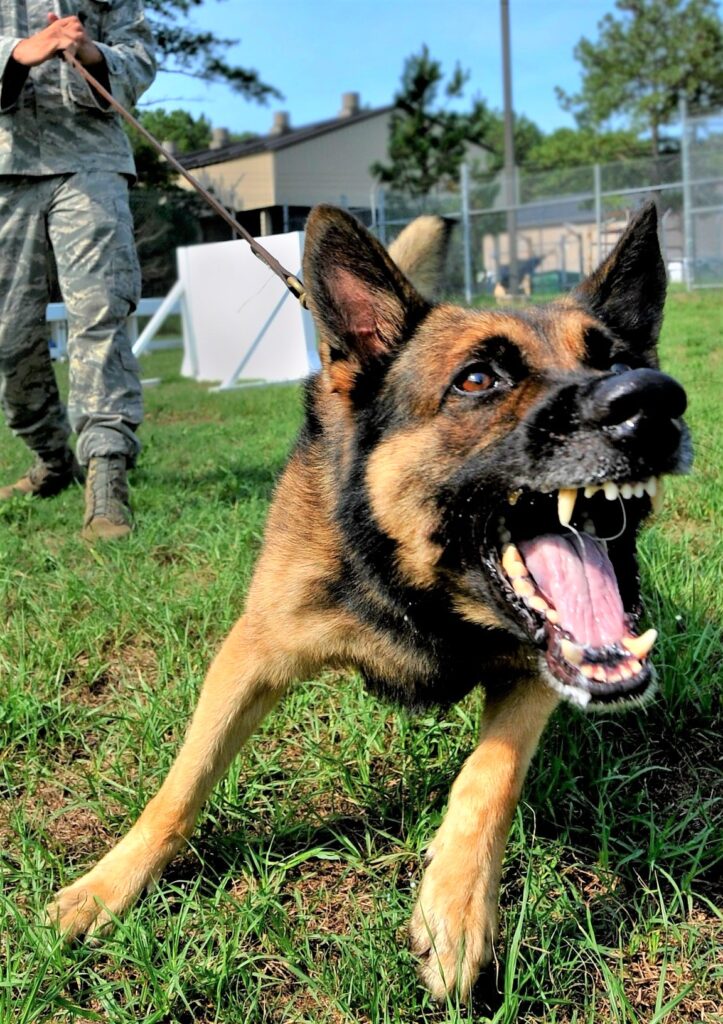 This can happen on the street, for example, when your well-mannered friend suddenly starts barking intensely and throwing itself at one particular stranger. Know that all of this is provoked by those with precision ultrasonic tracking instruments in their hands. It is not your dog’s fault at all, and it is only a temporary victim of someone’s settling of scores when used to create an artificial aggressive atmosphere aimed at a selected human victim.

If this is the case, apologize to the stranger and tell him that your dog was most likely ultrasound-driven by someone against it. Talk about it right away with your local police officer, explaining exactly where and when it happened. There is usually a certain person behind this. The police can investigate this to prevent repetitive use of your dog to disturb the peace. After all, he himself became a victim of the situation, and you are with him. And a true provocateur must be found and removed from his activities, for which, perhaps, some private security company pays him accurately on a monthly basis, and you innocently suffer.

This is a feature of ultrasonic weapons. Their accuracy and inaudibility lead to such consequences.

These are the features that have propelled ultrasonic weapons to destroy humanity over the past 500 years.

Well, it is known that ultrasonic guards hate cats and dogs because they compete with them, and also because they greatly increase their costs for ultrasonic protection.

– Dog biting its paws and chasing its own tail, in this case, can be a simple result of ultrasonic precise stimulation of the dog. When this happens, inform your local police officer immediately. They are also interested in receiving this type of information, because today it affected you, and tomorrow they will start to vandalize with ultrasound in some other house next to yours.

This is a serious legal matter. This is an ultrasonic lethal weapon and must be eradicated once and for all from our society and especially with the help of information obtained from cooperation with the population. You must understand this.

Always keep an eye on your dog.

Animals – they are sincere in their reaction.

They itch when they itch, bark when they feel bad and behave strangely, when criminals fool their heads with ultrasound.